Graffiti writing is a form of expression that has acquired the traits of a true discipline, with at its base the study of lettering and getting up.
A game, as its players call it, with a few fundamental characteristics. It is spontaneous, wild, concrete and ephemeral at the same time, which is why photography takes on such a fundamental role: a document for writers who look at this material as a trigger to scrutiny themselves and their style, seeing and understanding its development and continually improving it, but also for researchers external to this milieu but interested in knowing the history and essence of the discipline.
The phenomenon was born from local territorialization, when, in the early ’70s, individuals in New York and Philadelphia left their signatures on subway cars and on building walls. A signature that over time was processed in style, enlarged and written endless times on the sides of public transport vehicles.
This viral phenomenon immediately caught the attention of the media and became the main topic of articles and reports, bringing to life magazines self-produced by the writers themselves.
This network of magazines has contributed significantly to the spread of graffiti writing around the world and, over the years, has expanded exponentially thanks to the advent of digital technology and the ability to acquire images in the indefinite and inexpensive way guaranteed by these media.
At the same time, it became relatively simple to print on paper; this gave great impetus to the publishing industry, thanks to enthusiastic individuals and their self-productions, but also to publishers who invested in various kinds of publications. Monographs, essays or volumes of fine art, generating a vast amount of selection and organization of the material that has allowed for the spreading and understanding of the phenomenon.
These are not just collections, but tools in which photos and written words complete each other, giving birth to deeper and more engaging stories that faithfully restore the cultural context and the spirit in which the phenomenon was born and developed.
This material represents the continuation of the writers’ work, their thoughts, their hands, their tools. The photographic shot is therefore as important as painting in public space, it is an extension that perpetuates the act itself making it immortal.
. . .

“GraffAnthology” combines both amateur and signature snapshots, some of which have been published, others that are absolutely new.
Selected material such as Graffiti in New York by Andrea Nelli, one of the first books ever published on graffiti writing, will flank unpublished shots of Blade, signed by Franco Cautillo for the project Kings of Green that in 2015 also involved Galleria Varsi, together with images extracted from monographs and “Glorious”, including Jonathan Levin’s work on the stratifications of the Rome Metro, a trend that sees Whole Train Press adding, year after year, prestigious publications to its catalog.
There will also be analogue photographs shot by Duke1 and taken from the self-produced volume Panico Totale. Pisa Convention 1996-2000, by Alessandra Ioalé, who with a rich photographic apparatus traces the history of the five editions of one of the most important Italian graffiti jams of the ’90s.
Through this selection, which covers a period from the ’70s to today, we have the opportunity to learn about the evolution of styles on the trains as well as in the halls of fame.
A comparative dialogue comes alive from which we can see emerging the great ability of photography to express the soul of graffiti writing and the ability of printed paper to encompass all this, bringing this discipline out of the street scene and to the attention of the public of contemporary art.
. . .

As evidence of the fundamental value that documentation has for graffiti writing, for the duration of the exhibition Galleria Varsi will host a rich bookshop and a small section of memorabilia, an excellent opportunity to find sold out editions or signed copies, and to receive the new free press publications from WTP. 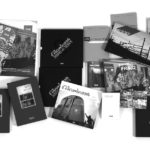 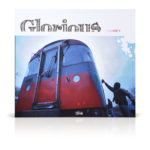 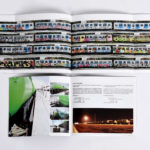 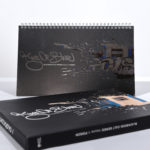 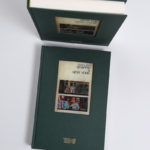 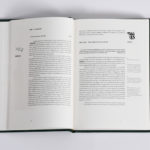 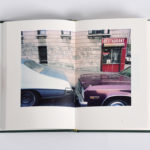 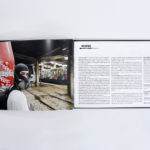 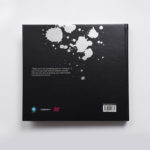 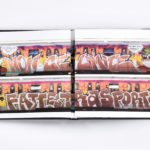 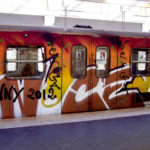 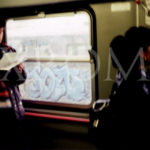 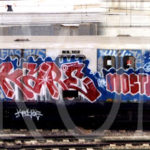 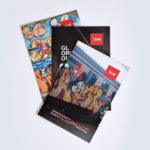 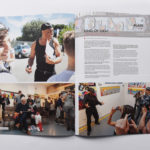 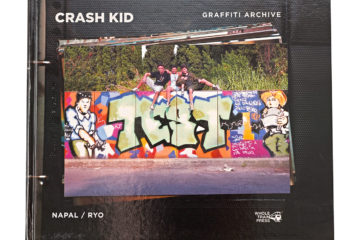 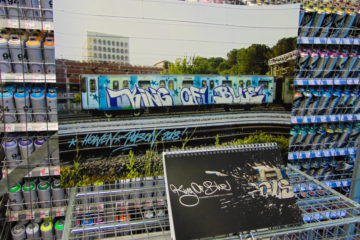 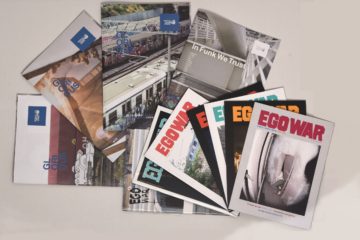 We had the pleasure of presenting the publications Glorious 1.8 and In Funk We Trust in Rome last week, in the presence of the many people who attended the opening of the exhibition dedicated to Read more…